There can be reasons for reluctance ... 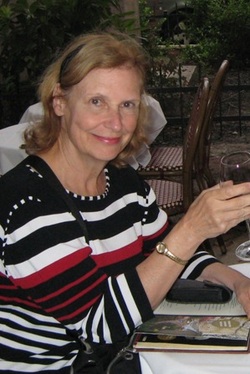 My journey from being a recluse who could not leave the house without having a panic attack to becoming a world traveler has been a long but satisfying one.

For most of my life “home” was my safe place and, starting at age 10, whenever I was away from home I became quite nervous. For some reason I was always afraid I’d never return, that I’d get lost, left behind, abandoned or even die.

Over time, this free-floating anxiety advanced to having panic attacks – first in church, later in theaters, in elevators, in crowds, in stores, in classrooms and, as an adult, while driving, especially on the highway.

A panic attack is defined as a feeling that comes out of the blue and for no rational reason fills the person with a fear so dreadful that they are sure they will faint, lose control or die. Panic disorder trains a person to stay close to home. Little by little it constricts everyday life one place at a time.

First you can’t go to the grocery store because you had an attack there, then you can’t go to a theater, or a restaurant … over the years, it insidiously imprisons you until you can’t leave the house … can’t even THINK about leaving the house without being paralyzed by anticipatory anxiety. Panic attacks often lead to other disorders such as phobias, depression, substance abuse and chronic aches and pains.

All this happened to me as an adolescent in Chicago, and it worsened after I had children while living in Michigan. Before finding help, I spent 28 years experiencing panic attacks. The last five of those years, I never left the house alone. I was a recluse.

Up until the 1980s, people who had this problem (it didn’t have a name yet) were called neurotic and were often hospitalized for “nervous breakdowns.” People whispered about the condition because they thought it was a sign of weakness – an inability to face life. Standard treatment in those days was tranquilizers. Many people overdosed on them. Some panic-stricken people committed suicide, apparently trying to stop the psychic pain produced by being in a constant state of anxiety.

Finally, there was a breakthrough, and not only was the malady given a name, panic disorder, but also a class of medication (called benzodiazepines) to treat it. Later, the invention of
anti-depressants, such as Prozac (which had fewer side effects), replaced those old benzodiazepines and treated the disorder equally as well.

But medication alone could not bring total freedom. I still believed a panic attack was always lurking around the corner, so the conditioned response to the attacks, the anticipatory anxiety, needed to be treated as well. That is why treatment consists of cognitive therapy (to undo the negative conditioning) coupled with a temporary use of medication. In cases that go untreated for decades, as mine did, a permanent use of medication may be necessary. If it weren’t for medication I would not have left my house for an hour much less lived in Italy for a year and I never would have set foot in China.

So, you may wonder, why am I writing about this when you came to this site to find out more about Italy and/or China? I tell you this on the chance that you, or someone you know, suffer from a form of anxiety. I want to spread the word that anxiety disorders of all stripes – whether it be OCD obsessive-compulsive disorder, social phobia, PTSD post-traumatic stress disorder, panic disorder and/or generalized anxiety disorder – are among the most treatable mental illnesses on the face of the earth.

People need not be imprisoned. And because I have been set free by the wonders of our time, I’ve been fortunate enough to not only relearn how to travel across my town without anxiety, but also how to cross continents without fear.

That is why my site is called, “A Reluctant Traveler.” True, I still get episodes of “the nerves,” but they are manageable and sometimes lead me into fascinating adventures.

good sources for information on every kind of anxiety disorder & depression